In 1958, Steele Rubber Products founder, Lynn Steele, began a small shop in the Detroit, MI area called ‘Spinster’ that manufactured high-performance racing go-carts. As time went on, there was an evolution that took him and his business through tool and die work and into the automotive and restoration industries.

Lynn was in the process of restoring a 1931 Cadillac V12 Town Car in the mid-1960s. He progressed through the early stages of restoration, doing much of the work himself. The restoration stalled when he could not find a source for the weatherstripping and rubber parts.

Along the industrial strip where Lynn’s shop was located, was a rubber molding company. Using his tool and die talent, Lynn made his own molds, rented time on the rubber presses and produced what he needed for his car. He found that he was not the only one struggling to find rubber parts for his restoration needs and began selling his parts to friends and members of the clubs he was in, the Antique Automobile Club of America (AACA) and the Classic Car Club of America (CCCA). As word of his quality parts got around, Steele Rubber Products was born.
In 1975, Lynn decided to move his family and business to Denver, NC where the company still resides.

In 1985, Lynn’s son-in-law, Matt Agosta, took over as company president and the company began its second generation of managers and owners. For the next thirty-five years, the tradition of customer satisfaction never wavered as the company created thousands of new parts, with improved manufacturing and marketing methods.

Steele Rubber Products stayed on the forefront of web technology, developing a digital catalog and individual catalogs focused on the year, make, model and style of customers’ vehicles, and became a supporter of the industry and hobby through involvement with various TV series, SEMA, ARMO, and HRIA. They also became an advocate for the automotive industry through legislative and educational involvement where they still contribute through active volunteerism.

Steele Rubber Products remains in the same location Lynn moved it to in 1975, where it’s still owned and operated by Lynn’s children, grandchildren and extended family. As Steele Rubber Products moves to the future, the 3rd generation of the family, lead by Joanna Agosta Shere, and 60+ employees remain committed to his passion for quality parts and weatherstripping.
While Lynn’s legacy continues in the automotive restoration hobby, we have also expanded our product line to include parts for the Camper/RV/Trailer industry, commercial and recreational boats in the Marine industry, Service Vehicles like firetrucks and ambulances, and a large selection of parts commonly needed for the Street Rod and Custom vehicles.

Steele Rubber Products has over 12,000 parts available for classic American cars, trucks, and hotrods. Steele also prints and offers FREE Custom Catalogs made just for YOU that are Year, Make, Model, and Body Style specific for YOUR vehicle! CLICK HERE to order your FREE Custom Catalog today!

Types of parts include:
When it comes to the quality of design, materials, and performance, Steele Rubber Products is unmatched. Parts are designed directly from factory originals and only the highest quality rubber and hardware components are used. Everything purchased from Steele is back by a 100% Satisfaction Guarantee!

Keeping with the tradition at Steele Rubber of being innovative and in tune with customer’s needs, we offer a multitude of parts for other hobbies and “toys”. With all vehicles, there is a need for seals and rubber parts to protect them from the elements of life. Steele brings the same quality, knowledge, and passion we have for classic cars to the line of parts designed specifically to go on RV’s and Marine vehicles!

Types of parts include:

These parts can be conveniently found in the Camper/RV/Trailer and Marine section of the website. They also offer a RV Catalog and Marine Catalog that detail the parts available in a user-friendly format.

At Steele Rubber Products, we treat each customers project as if it were our own because we’re enthusiasts too! Find the sealing solution you need by calling one of our helpful Product Specialists or by going online. 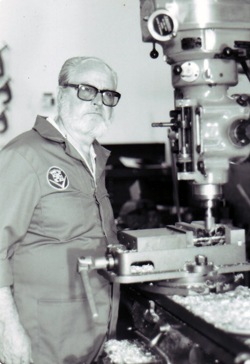